Looks like Jack and I are up to a storm of hobby activity.

I've been listening to a lot of podcasts on my commute, usually Hitting on 3s  and recently the Heroic 28s.
Both are hometown gaming groups from Fort Worth, so that is a nice touch. Also, between the two of them they cover the full range of the hobby; from the Ho3s boys being all about having fun and hanging out, to the 28s being full of good competitive discussion and advice to bring your game up.

Here's some pictures of my fresh Wolf Priest. 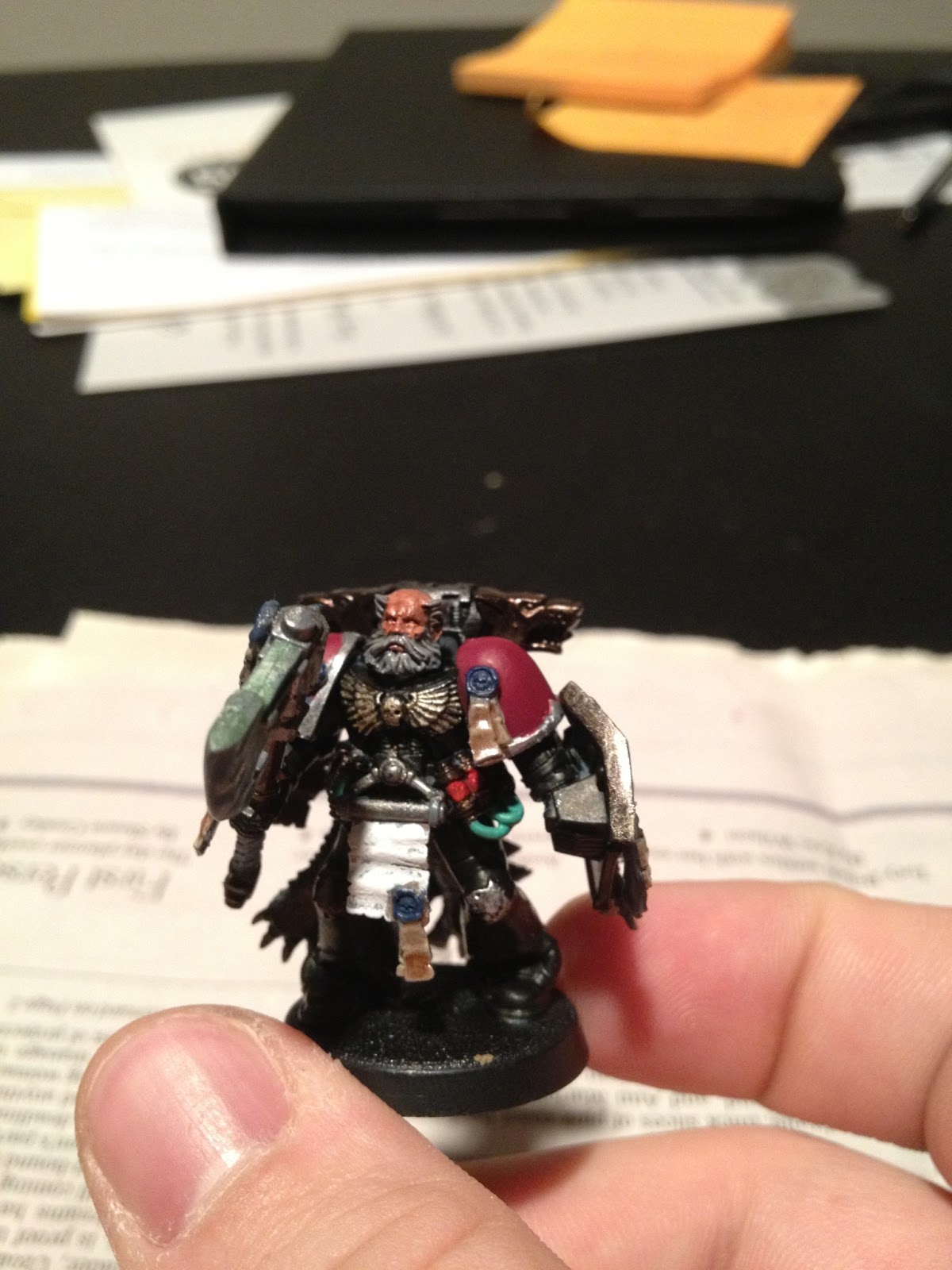 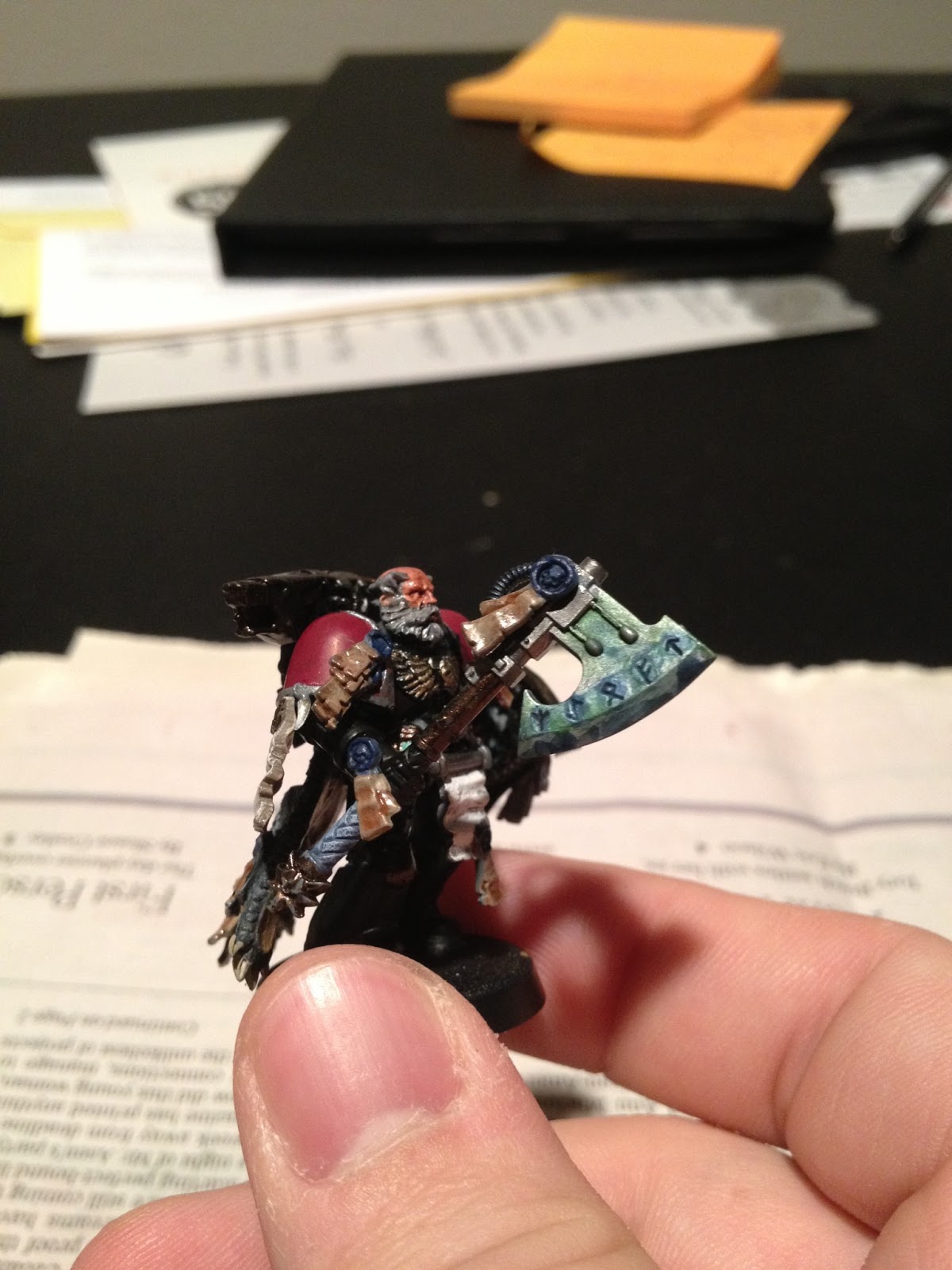 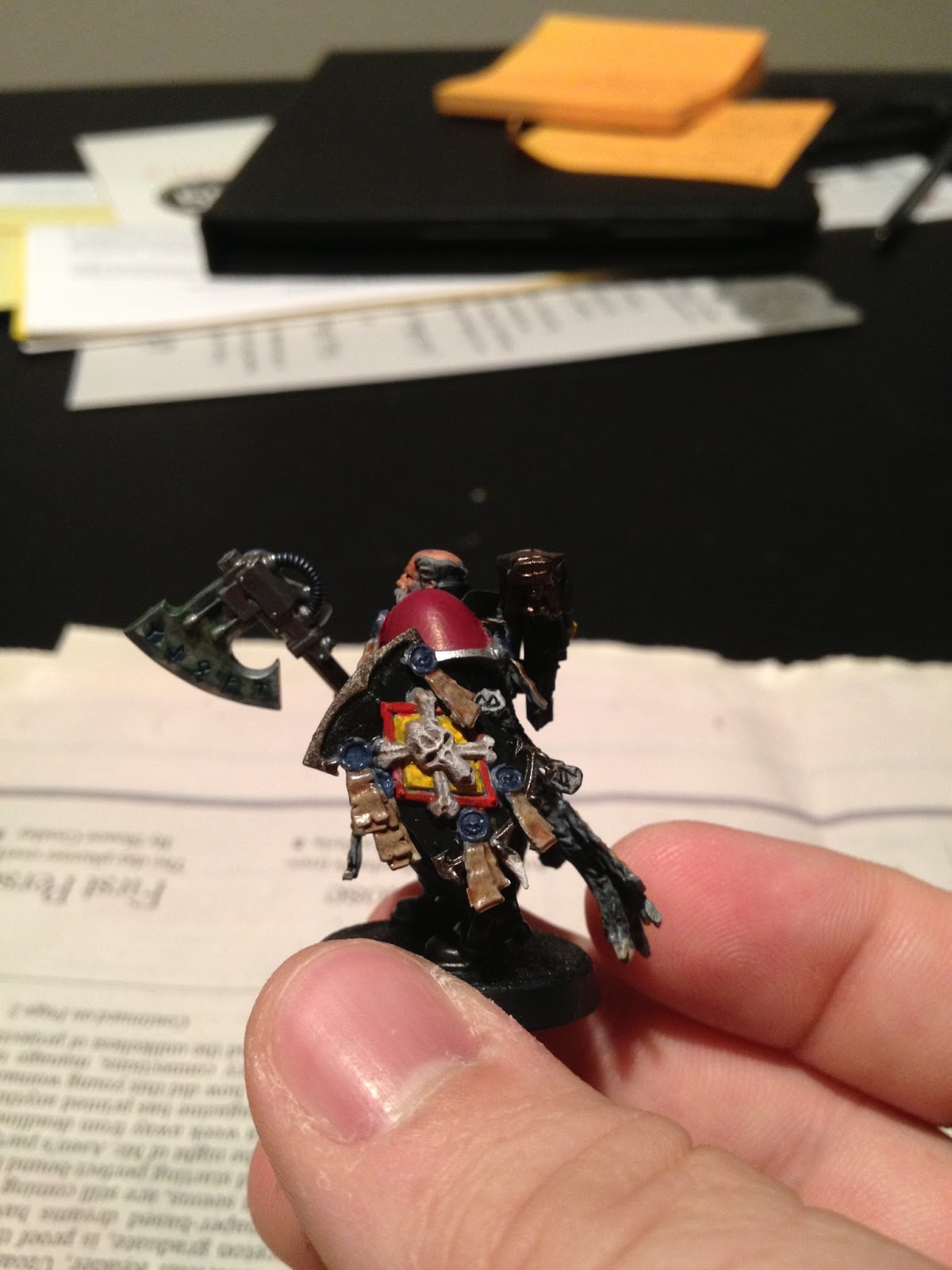 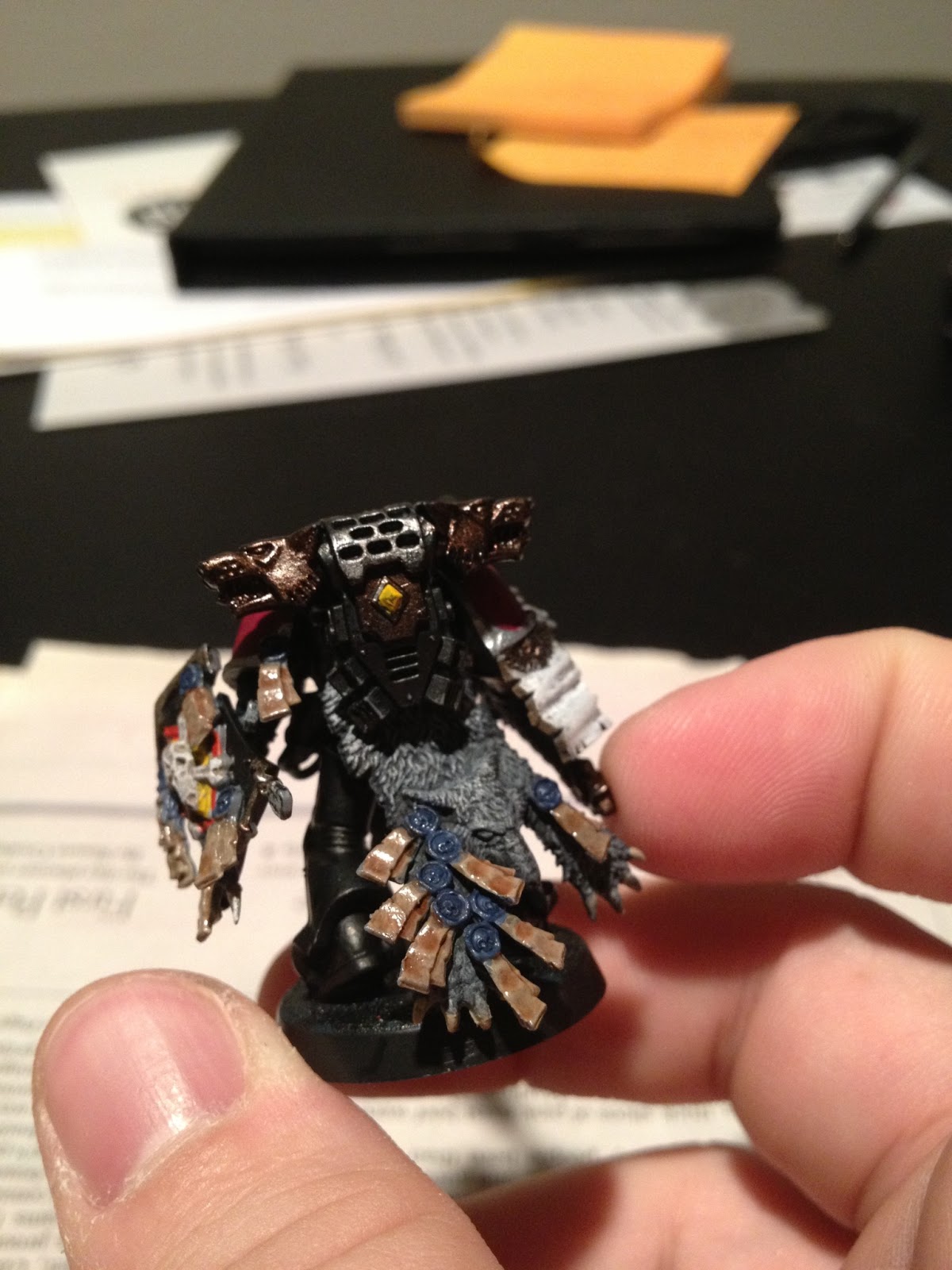 After the pics and plugs, here is what I am going to take to the shop next time I get a chance to play.

I have forgone my customary roughly land raider price mounted Wolf Lord or two. I can get many more boots on the ground, and two thunderwolf based threats with larger numbers, though less survivabilty.

So the plan is to put my objectives in the middle, maybe a bit to each side, and go get them and make the other guy fight me for them and for his. Either as two battle groups consisting of a rhino as mobile cover and dude mover, another squad full of plasma with a terminator to tank wounds/ punch guys in the dick, and a thunderwolf unit for face eating hoping out from behind the rhino.
Or as a united force on a flank or straight up the middle as needed.

The Rune Priest might join a walking squad to provide area abilities over a chunk of the army, or go with long fangs and shoot from the back. Or he could go in with the outflanking squad. So I don't know what powers to take.

I think the army might benefit from having a mobile 5+ cover save, especially with the outflank squad then it's a 4+ in the open, also if he is with the other elements of the army he can give that bonus to a few squads marching towards the fight. For another power either Living Lightning or Murderous Hurricane(hits lots and screws up movement, oh yes.)

Or divination is also pretty generally applicable for any of the squads because they are all strong shooting, with badass counter attack and generally high melee ability.