GW as the Imperium- Frontline Gamer

Today I am merely reposting an essay I just read from Frontline Gamer.

He uses the Imperium of Man as an extended metaphor to talk about the history and current troubles of GW. This is great. Rarely do we get something so far above the petty GW sucks/ WHFB is too random/ 40k isn't for tournaments bullshit.

This is probably the best gaming related essay I have ever read.

Another twitter army list challenge from @hungryclone at stabhard.blogspot.com.. It was all boots on the ground, guard with no vehicles.

I stepped up finally with a twist. Since I've been reading a ton of Gaunt's Ghosts lately (Blood Pact, Sabbat Worlds, and Salvation's Reach within the last 3 weeks, all are awesome) I went for an evil Blood Pact force.

This is a just a bunch of crazy stuff thrown in for coolness. Straken to make the blob platoon squad as fierce as they can be, conscripts with a commissar to keep them from running as cannon fodder out front, 30 psykers to cause mayhem with leadership or blasts from behind the advancing blobs, and a few anti tank heavy weapons teams. Those are just the normal chaos troops, the Blood Pact are veterans with meltas that can shoot tanks if they can get close, or hang out with an autocannon and camp an objective, they are for versatility, and the penal legion are to cause back field shenanigans.

Not the most efficient, or effective, but would be awesome to covert up, especially with some of the Forge World parts, with these Fallen Legionnaire heads from Maxmini and the Oni masks with helmets from Secret Weapon.

So I sat down with Bryce's StoneHorn and Thundertusk kit and decided that since there was not a great tutorial out there on how to magnetize it I would throw one together.
Things you will need: Stonehorn/Thundertusk Kit, Strong magnets about a half inch in diameter. Glue.
I began by assembling the components that I could.
The body, without the lower back. 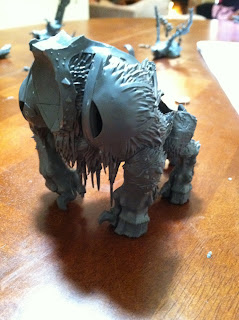 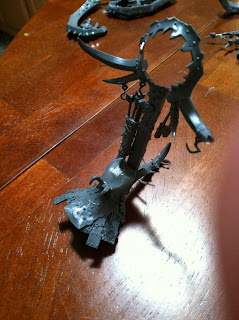 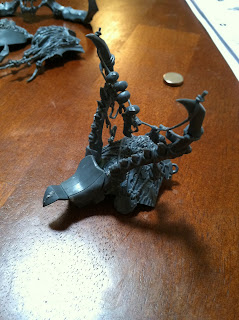 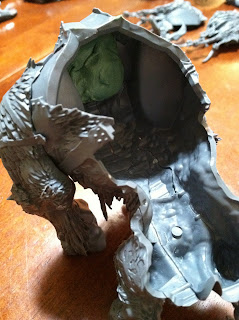 I then put the heads together with a magnet in the back of each. At this point it is very important to line up the correct sides of the magnets. 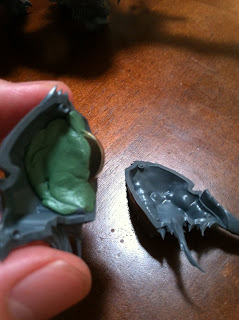 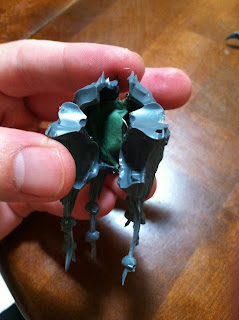 Next Step is to magnetize the saddles. They will be held by the pull to the magnet already in the neck. Again, make sure that you have the correct sides of the magnets aimed toward the neck. 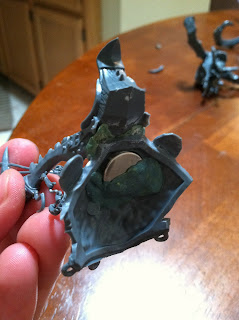 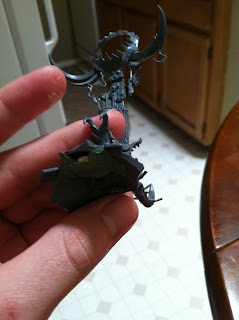 Then Just stick the lower back on, make you two ogre riders and hazaa! 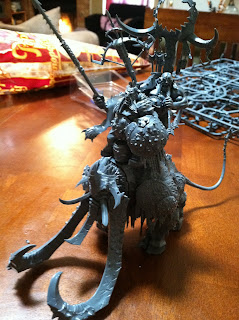 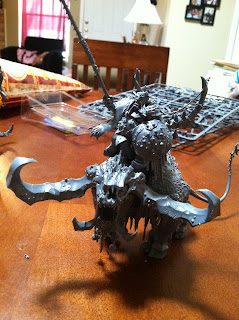 I hope this helps you guys out. It really was pretty simple when I sat down to do it but It seemed like it was going to be pretty hard. Good luck guys!
Posted by Jack at 5:06 PM 4 comments: