Bryce here with some more Flames of War, I've been busy here in January. I've been looking for work, painting, trading, and trying new booze.

So today I'm going to have some of my painted minis, some pictures of my loot from wheeling and dealing, and finally a short review of a new whisky that I just picked up. We are nothing if not diverse in our hobbies here on DissentingDice.

Alright, so here's some progress shots of my Airborne infantry platoon from the Open Fire starter set. 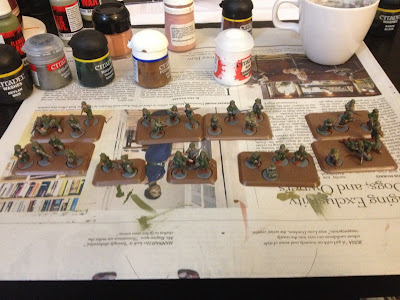 Now here are the same guys after some washes and more work. Again, sorry for the terrible pictures, trying to find a good place in the house to take pictures. I need some more washes and such on them, and basing of course. 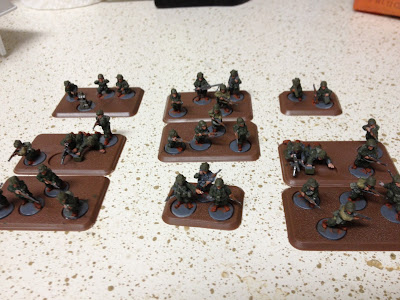 Now on to my new acquisitions, I traded some Dark Eldar, I still have a functional army left still. Traded 20 hellions, a box of warriors, wyches and threw in my converted Baron. 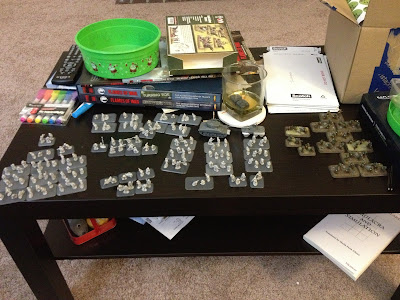 I got an Airborne company with 3 full size platoons, extra bazookas, snipers, a box of M1A1 105 artillery, a Sherman 76mm, an Airborne machinegun platoon, an 81mm mortar platoon, an M8 armored car, a bunch of extra guys and the D-Day boxed set, Dog & Devils, and D-1. 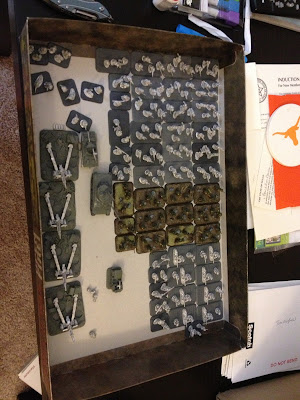 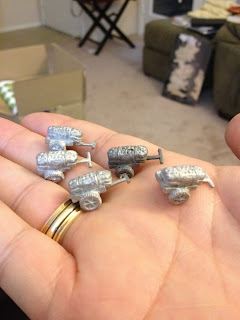 Apparently these are engineer hand carts. 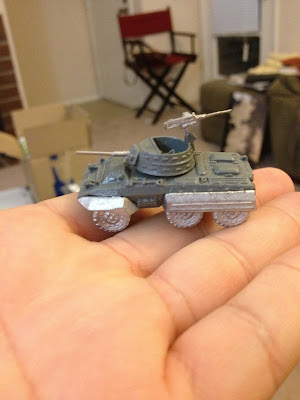 Finally, here is a quick whisky recommendation, Grant's Whisky.
I'm a Glenfiddich guy, the 15 year old is my favorite Scotch whisky. Grant's is the little brother brand to Glenfiddich, being blended as opposed to single malt. A 750ml bottle is $17 here in Houston TX, so that is what we are looking at investment wise.

I would say this is a wonderful starter Scotch, it allows you to see if you like the liquor without having to lay out a lot of money. Also another reason this is a good starter Scotch, it's tasty and pretty mild. A good flavor, more leathery than Glenfiddich, but no where near as much as Glenlivet. It's a good Scotch, especially for the price.

So if you want some Scotch whisky to get you into another hobby of mine besides wargaming, or if you want a good drink that you won't mind having daily or sharing, check out Grant's.